The Natural Products Society of the Philippines is a national organization duly registered with the Securities and Exchange Commission last 15 July 1996. It is a non-stock, non-profit corporation.

The Natural Products Society of the Philippines is made up of members who are actively involved in natural products research including bioactivity studies, isolation and structural elucidation, structure activity relationship, dose-response, chemical modification and synthesis, and formulation studies.

Anyone who has at least a BS degree and has training or experience in natural products work in a recognized institution may become a regular member upon the approval of the membership committee and payment of dues.

In December of that same year, founding members and officers of NPSP held its first convention at the University of Santo Tomas. It was in this convention that Prof. Jack R. Cannon, the 'godfather' of the early natural products scientists in the Philippines, was given the first honorary membership to the Society. This honor was in recognition of Prof. Cannon’s significant role in raising the level of natural products research in the country through his efforts in linkage and collaboration. He was instrumental in bringing together scientists and researchers in Southeast Asia and Australia through the Network for the Chemistry of Biologically Important Natural Products, an adjunct network of the International Development Program of Australian Universities and Colleges (IDPAUC). Through his guidance and support, scientists from the Philippines were able to participate in international conferences, such as the Aslan Symposium on Medicinal Plants and Spices. They became recipients of grants from the International Foundation of Science, and the Third World Academy of Sciences.

Since 1996, the Society has been meeting annually every first week of December as prescribed by its constitution. The membership in the organization has grown to considerable size with representatives from the different institutions of the country.

For reference, please see BY-LAWS of the Natural Products Society of the Philippines (click here). Proposed revisions will be presented during the business meeting on 6 December 2019. Click here for a copy of the proposed revisions. 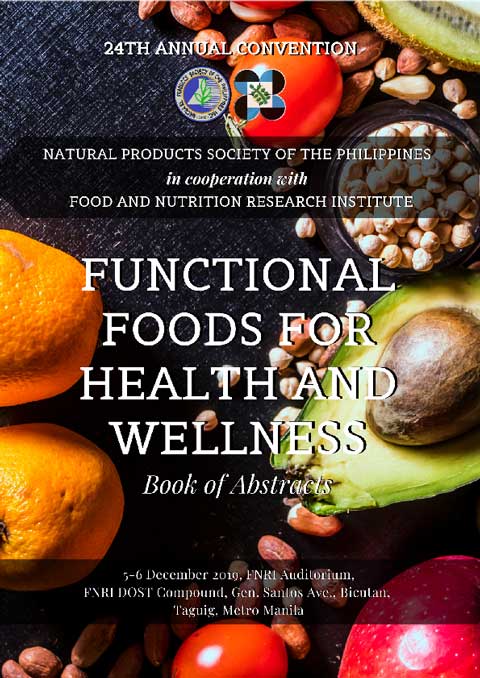